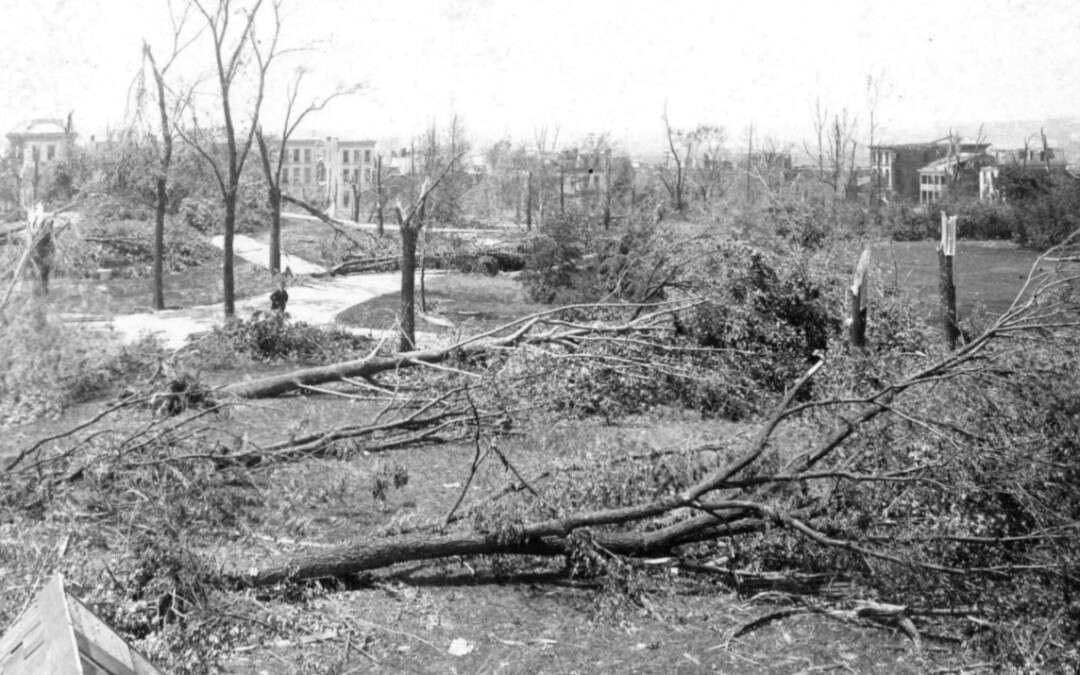 A massive tornado ruined both park and neighborhood. It began a decline that lasted until the late 20th century. 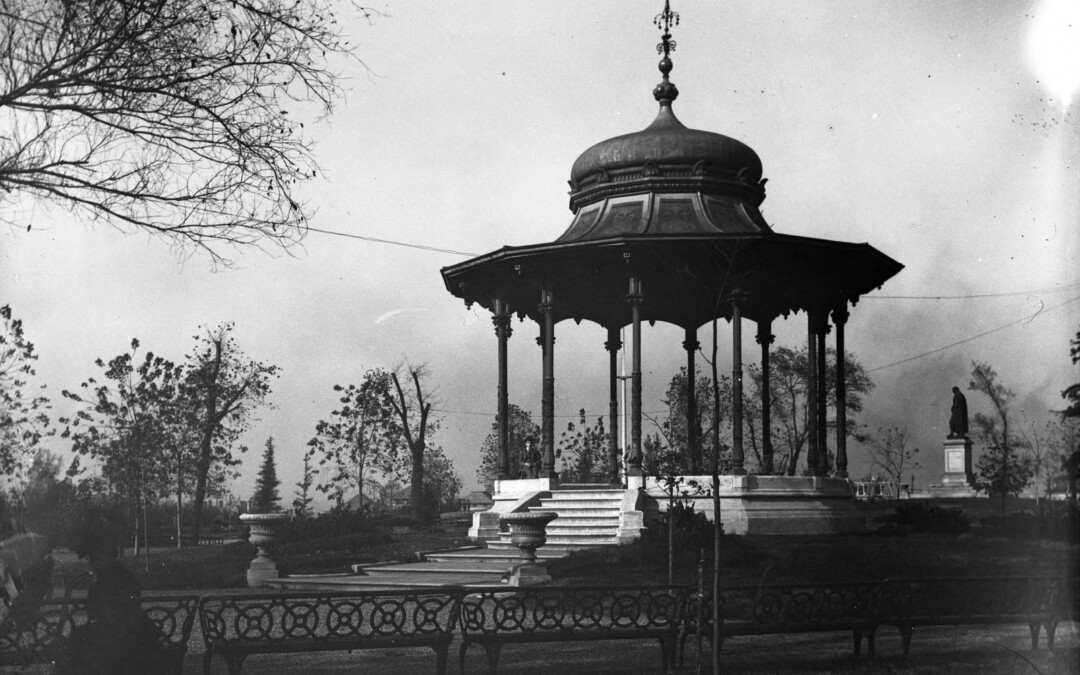 Restoration has begun on bringing the 1876 Music Stand back to its original Victorian appearance. We need your support for this project.